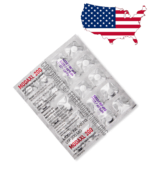 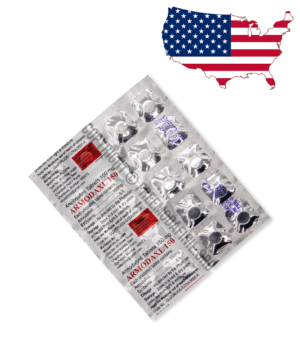 *after receiving your tracking number. Please allow up to 24 hours for your order to process, and an additional 2-3 days to be shipped out.

ModaXL is a super-effective modafinil-based prescription medication used to treat excessive daytime sleepiness. It is manufactured by HOF Pharmaceuticals Ltd – a reputable Indian-based Pharmaceutical company. You can get it here on FreeModafinil at the best possible price. You can pay with Bitcoin and get 22% discount!

We provide US to US shipping services so you can get the pills delivered to your doorstep within as little as 3-4 days if you reside in the US.

ModaXL is a wakefulness-promoting medication manufactured with 100% pure modafinil as its active ingredient. Like Provigil, its brand-name counterpart, doctors commonly prescribe it to treat 3 major sleep disorders:

ModaXL equally provides cognitive-enhancing benefits such as increased focus, enhanced memory, and faster mental processing speed, among others. It comes packed with some new and improved features that make it a preferred option to several other generic versions of modafinil.

For starters, its absorption rate and peak plasma concentration are up (compared to Modalert and other generics) by 5% and 30%, respectively. Consequently, its effects kick in much faster upon administration and tend to be stronger.

The pills come packed in a new and improved aluminum pack that keeps them fresh for longer.

ModaXL is safe, but it must be used correctly. It is contraindicated in breastfeeding mothers, pregnant women, and individuals with underlying health conditions such as hypertension and heart-related conditions. It is important to seek medical advice before starting treatment with the drug.

ModaXL contains modafinil, which works by changing the levels of dopamine, serotonin, and gamma-aminobutyric acid, among other neurotransmitters in the brain. These chemicals are known to influence mood, alertness, and the wake-sleep cycle based on brain levels at any point in time.

It is worth noting that ModaXL does not completely eliminate the symptoms of sleep disorders; it only works as it is used.

ModaXL only works effectively when used correctly. Doctors typically recommend starting with the 200 mg dose strength. However, the dose may be increased or decreased based on your response to the treatment.

Do not take more than one pill per day, as doing so can increase the risk of adverse effects. Swallow the tabs whole with a full glass of water.

Note that the time of administration may vary based on the condition you intend to treat with it. If the reason for use is to treat OSA or narcolepsy, take the tablet early in the morning. For SWSD, take the pill one hour before the start of the work shift.

Consult a doctor before starting treatment with the drug.

ModaXL may cause side effects. The common ones are typically mild and short-lived. They mostly affect some users when they first take the drug.

Some of them include:

Severe side effects may also result from the drug’s use. They’re typically caused by overdose or other forms of misuse, and they can be very serious. Some of them include hallucinations, insomnia, ringing in one or both ears, and palpitations. Be sure to seek urgent medical attention if you notice any of these adverse effects.

ModaXL interacts negatively with some medications, dietary supplements, and even foods. The interactions can either reduce the effects of one or more of the drugs combined or increase the risk of side effects.

Some of the drugs that interact with it include:

Fatty foods interact negatively with the drug; they can slow down the absorption rate and ultimately delay the onset of effects. Avoid alcohol while undergoing treatment as it is known to increase the risk of adverse effects and even cause blackouts in some cases. Consult your doctor to learn more about possible interactions.

ModaXL is a relatively new modafinil-based product, but it is fast-growing in popularity because it is well-tolerated, quick-acting, and safe compared to other generics. The majority of people who have used it to enhance cognition or promote wakefulness during the day have said that it offers great value for money.

Whether you are looking to treat excessive daytime sleepiness or to gain a competitive edge at school or work, ModaXL may be your best bet. However, be sure to consult your doctor before starting treatment with it.

ModaXL is an in-house modafinil brand with the purest formula and active ingredients, and you can get it here on FreeModafinil at the cheapest possible price. Our price starts at $1.69 per pill for the 100-tab pack, but you can get each pill at as low as $0.99 + free shipping if you go for the 500-tab pack. No need to worry about the drug expiring, as the drug’s special aluminum packaging keeps it fresh for up to 3 years.

Although ModaXL might be available in a few local pharmacies, you stand to gain the best value per your buck when you buy online. We offer overnight delivery, next-day delivery to the USA, regular domestic US shipping via Registered Airmail, and Express Mail Service (EMS) — our fastest delivery option.

We also have some low-cost alternatives to ModaXL, which offer similar benefits if taken from time to time. They are all available for UK and US domestic delivery: USA to USA via USPS typically delivers within 3-4 days, while UK to UK via Royal Mail takes about 5 days to arrive. We provide excellent customer service and mouth-watering discounts and accept multiple payment options such as Zelle, MasterCard, Visa Card, American Express (AmEx), and Bitcoin. These features make transacting on our e-pharmacy a breeze.

Place your order now; you can do so for cheap and without a prescription.