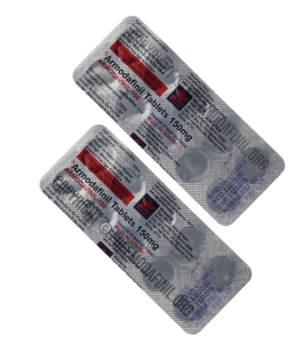 Introducing high-quality, new pure modafinil & armodafinil brands from Centurion Laboratories: Modavinil 200 mg and Armodavinil 150 mg. Both these premium brands are manufactured by a reputable and trusted pharmaceutical giant from India and also properly packaged in order to prevent the strips from being damaged during transportation.

Have you checked out our new special Male ED Superior Combo Pack? We would also like to invite you to try our low-cost Modvigil and Artvigil tablets, as well as other popular modafinil brands: Modafresh, Modaheal, Vilafinil, Modawake, and the exclusive sublingual Modafil MD, available only on our online pharmacy. This best-selling product has a minty taste, and the sublingual formula promotes faster absorption and therefore faster effects.

The Modavinil and Armodavinil Premium Combo Pack is a special “smart drug” package that features two super-safe, effective, and well-tolerated products: Modavinil and Armodavinil. But this is just the basic package. Potential and regular customers have the liberty to include any one of the other proven modafinil-based generics such as Modawake, Modafil MD, Modaheal, etc.

This package is beneficial to individuals who love to enjoy high-quality “smart drugs” from reputable manufacturers on a budget. It is a great way to try out different products without breaking the bank.

However, healthy people from all walks of life use it to hack their brains and ultimately improve productivity. “Smart drug” enthusiasts are picking huge interest in it because of its effectiveness and high safety profile, coupled with how cheap it is.

Armodafinil 150 mg is a powerful wake-promoting and cognitive enhancing drug produced by Centurion Laboratories. It contains armodafinil, a safe and well-tolerated drug, as its active ingredient; thus, it offers immense benefits while posing a minimal risk of side effects.

The drug is commonly used by students, workers, among other experts, to enhance their mental capabilities and be able to get more done faster and better. It is equally often prescribed by doctors to treat sleep disorders.

Scientists are yet to understand the exact mode of action of Armodavinil and Modavinil. However, they believe they work by tipping the chemical balance of certain neurotransmitters in the brain such as serotonin, gamma-aminobutyric acid (GABA), and histamine, among others.

Mood, concentration, focus, alertness, memory, among other mental functions, have been found to alternate based on the abundance of the aforementioned neurotransmitters in the brain.

To get the best out of Modavinil, Armodavinil, and other drugs that could be part of the Premium Combo Pack, they must be taken correctly. For starters, more than the daily recommended dose should never be exceeded, as doing so can lead to serious side effects. The initial daily recommended dose of Armodavinil is 150 mg, while that of Modavinil is 200 mg. The tablets are to be swallowed whole with a substantial amount of water. They can be taken with or without food.

Take 1 tablet of either product early in the morning if the intended use is to treat OSA or narcolepsy. On the other hand, take 1 tablet about one hour before the commencement of an odd shift. Consult a doctor to help you determine if it’s OK for you to use either of these products.

It is worth noting that like every other drug, Modavinil and Armodavinil have side effects, which may be mild or severe depending on how they’re used.

When used correctly, only mild side effects may occur, and they’re generally considered to be a normal occurrence in first-time users. Some of them include headache, nausea, stomach upset, drowsiness, and dizziness. Fortunately, they disappear within a few hours or days without receiving any treatment.

It is worth noting that severe side effects such as hallucinations, anxiety, rash, and fast heartbeat may also occur. However, they rarely do except when the drug is abused. Be sure to seek medical advice before using any of these drugs.

When taken alongside certain drugs, Modavinil and Armodafinil may become less effective, make the other meds they’re combined with less effective, or even cause side effects. This is known as a drug interaction.

Some such drugs to be avoided are as follows:

The aforementioned drugs shouldn’t be coadministered with Modavinil or Armodavinil. Note that there are several others that may interact negatively when mixed with either of the nootropics. Refer to the patient information leaflet for a more comprehensive list.

What’s more, alcohol has been found to interact with these drugs in a way that could cause a blackout. Thus, these substances should never be taken concomitantly. Also, fatty foods may affect the absorption rate of the drugs and ultimately delay their onset of effects. However, they do not affect their mechanism of action or benefits.

The feedback from customers has been super positive. The majority of them gave the Premium Combo Pack thumbs up in terms of affordability and accessibility to a wide range of modafinil- and armodafinil-based “smart drugs.”

If, like many others, you cherish the idea of highly valued products at a fraction of the price they normally go for, then this combo pack is for you. Aside from the low price, it also gives room to try out several products, so you can discover what works best for you.

Remember to consult your doctor before starting treatment with these drugs.

The Modavinil & Armodavinil Premium Combo Pack is currently available at FreeModafinil, and it’s super easy to buy. With a decent mobile phone or computer, an Internet connection, and a few button clicks, you can get these nootropics affordably.

Here’s how to buy this combo pack online:

It’s worth noting that it will include 50% of Modavinil 200 mg and 50% of Armodavinil 150 mg tablets if you do not specify the ratio you’d like the pills to be mixed in.

Buying these products from us, even without a prescription, guarantees that you’ll get the best bang for your buck. Besides our special 22% discount, we also provide free standard shipping on orders over $130, offer free samples, and deliver each parcel in discreet packaging so no one can tell its contents. There are lots of discounts to be won via coupon codes and vouchers.

Order now to have this package shipped to your doorstep while the offer lasts!