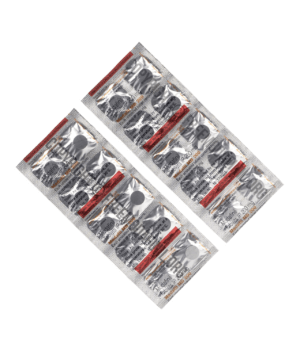 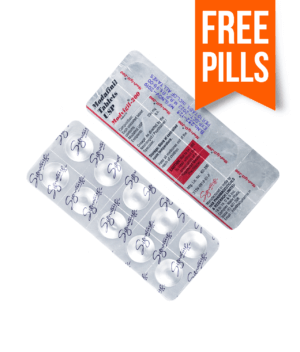 Modafil MD is a generic version of Provigil produced by INTAS Pharma that contains modafinil as its active substance. It is a prescription drug used for the treatment of daytime sleepiness caused by conditions such as obstructive sleep apnea, and work shift sleep disorder.

Looking to get it? You can get free modafinil trial pack from FreeModafinil before placing an actual order.

Modafil MD 200 mg is a highly effective smart drug usually prescribed for treating excessive daytime sleepiness. It is more popular among users for its off-label use which includes boosting energy, increasing focus, and motivation.

In terms of effects profile, this drug is quite similar to other generic versions of Provigil. However, its absorption rate is faster, and this makes it take effect quicker than its counterparts, upon administration.

What’s more, Modafil MD has a special coating and spearmint flavor that makes it taste-friendly unlike a lot of other drugs.

Modafil MD is fast becoming popular among “smart drugs” users because of its unique method of administration which involves mouth absorption (sublingual administration). This new mode of administration is the brain behind its accelerated onset time and more intense effects.

The exact way Modafinil MD works to eliminate daytime sleepiness and promote focus and alertness is not fully known.

However, it is believed to boost focus and creativity by increasing the concentration of norepinephrine and dopamine in the brain. Dopamine is known to influence mode, motivation, focus, and alertness.

Modafil MD 200mg has a sublingual route of administration. This simply entails placing the drug beneath the tongue for dissolving and absorption through the tiny capillaries under it. This allows for easier and faster spread throughout the body.

Upon administration, the effects of the tablet kicks-in within 15 minutes, unlike the 45-60 minutes which most other “smart drugs” take.

Modafil MD is to be taken once per day at night just before the start of a shift, or in the morning, about 15 minutes to an hour prior to task execution. More than the recommended dose of 200 mg per day should not be exceeded unless otherwise stated by a professional. Consult your doctor before taking this drug.

Modafil MD has the benefit of not being non-addictive, however, this doesn’t stop it from having side effects like most drugs do. The side effects may be mild or severe depending on factors such as the size of the individual taking it, the presence of an underlying medical condition, or the drugs it is taken concomitantly with.

The more common side effects of this drug include:

More serious adverse reactions that may result from the use of this drug include:

It is worth noting that though these side effects are serious, they rarely occur. However, in the event that they do, quit the medication immediately, and report to your doctor or nearby hospital. Consult your doctor before using this drug, and stick to the recommended dosage to reduce the risks of harmful side effects.

Modafil MD 200 mg tablets may interact with a number of drugs leading to change in how one or more of the drugs work. In some, it may even increase the risk of side effects. It may also interact with certain foods and alcohol. Some of the notable drugs it interacts with include:

Modafil MD should not be taken with products that contain caffeine as it can increase the risk of harmful side effects. Likewise, it should not also be taken with alcohol for the same reason. It has minimal to insignificant negative reactions with most foods.

Modafil MD 200 mg tablets have proven very helpful to the lives of many, especially students, professionals in mentally-demanding fields, and patients with sleeping disorders. Its efficacy and tolerability are second to none and users have even attested to it. In general, researchers and consumers alike have praised the product for its ease of use and safety, as well as the assured hours of alertness it provides.

Considering all the positive reviews from users, it is crystal clear that this drug is the real deal.

Through FreeModafinil, you can get this drug delivered to your doorstep very easily. All it takes is to type “Modafil MD 200 mg” in the search bar at the top right corner of the page. Select the number of pills you intend to buy, add it to cart, and proceed to the checkout page. Here, you can include a coupon code in the box provided to get a price slash, if you’ve got one. Next, fill in your billing and credit card details (don’t worry our site is secured with high-grade 256-bit encryption with an SSL certificate by Comodo) on the separate forms provided to place your order. It’s that simple.

At FreeModafinil, you can rest assured you’ll enjoy the lowest possible prices, amazing deals, discounts, easy shipping, and payment methods. We’re so confident in the quality of our products that we offer 20 free modafinil and armodafinil trial packs to test the efficacy of our products before buying.

Full refunds or free reshipments are given out when unexpected issues arise on notification from the customer which almost never happens. Customers save a lot of money through our help so don’t miss out.